The site is secure.
The https:// ensures that you are connecting to the official website and that any information you provide is encrypted and transmitted securely.

The mission of the Vermont Hazardous Materials  Response Team  (VHMRT) is to offer the highest possible level of protection to the citizens and visitors of the State of Vermont from chemical, biological and radiological releases whether the release is intentional or accidental.

The mission will be accomplished by directly supporting the local fire departments through planning, exercises and timely response. In addition, the  VHMRT will endeavor to foster the cooperation of public and private entities in the development of enhanced HAZMAT awareness and response systems.

Prior to 1994, there was no state-wide organized HAZMAT Response system.  Most fire department's HAZMAT Training was to the Awareness Level and there was very little in the area of HAZMAT equipment.  Technician Level Responders were found in industry and there were essentially no decontamination assets available.  Fire departments were generally on their own.

In 1994,  the Vermont Legislature created the Regional Emergency Response Commission through Title 20 Section 33.  The purpose of the RERC was to create and staff a State Hazarous Materials Response Team that could support local fire departments.  This group of volunteers met monthly and hired the first 25 VHMRT Technicians and provided them with equipment.  The first group of Technicians spent the next few years training, responding to some HAZMAT incidents and refining their procedures.

The Team saw an acceleration of growth in 1999 when the State Legislature created the position of Team Chief.  Having a full-time Chief allowed the Team to acquire more equipment incluing its first new VHMRT Response Vehicle, more sophisticated metering and detection equipment, level A and B suits, SCBA, as well as receiving increasingly higher levels of training.

As the VHMRT's abilities improved an ever increasing demand for its services was recognized.  As the Team responded to more calls there was a commensurate increase in its capabilities.  Experience and a growing equipment cache and better trained personnel led to a more sophisticated response.

Today the Team continues to enhance its response from a technological and training standpoint.  VHMRT has state of the art instruments to identify unknown chemical and biological substances as well as detection and identification of radiological isotopes.  They are a FEMA Type I HAZMAT Team and with the three HAZMAT Response Vehicles, broad range of instruments and chemical protective suits and highly trained and experienced technicians VHMRT stands ready to offer the best possible HAZMAT response anywhere in the State of Vermont. 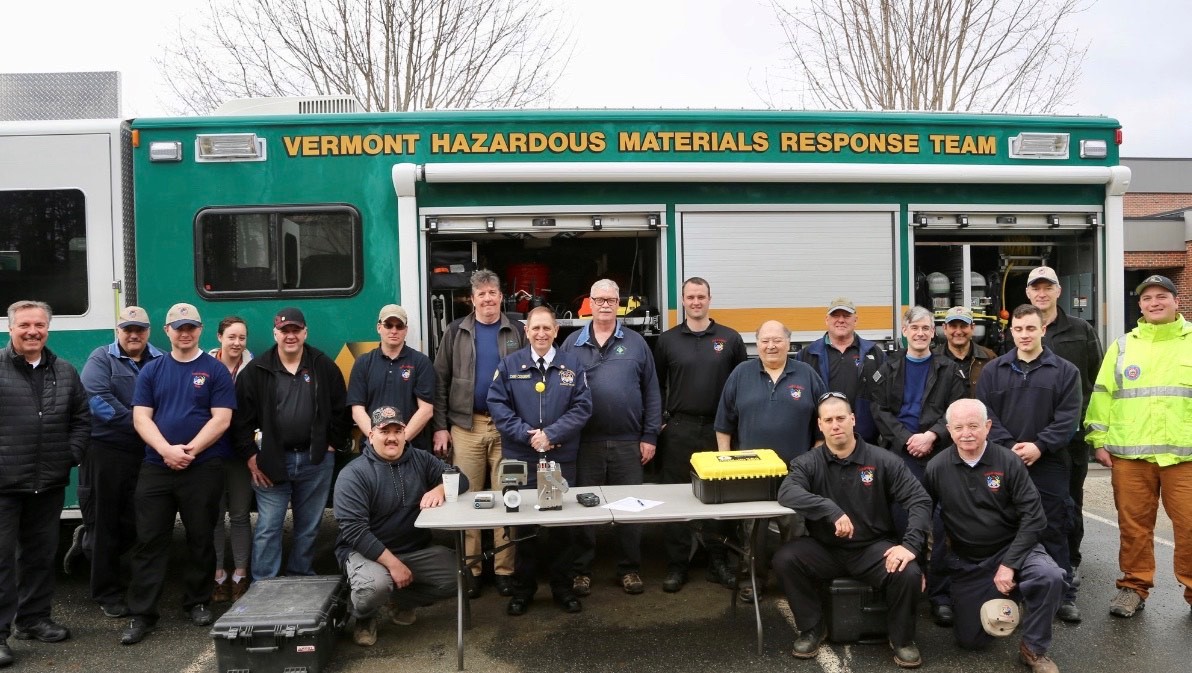